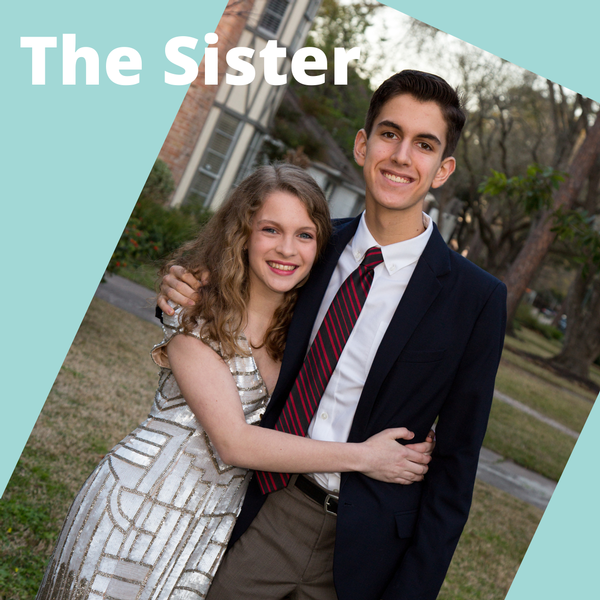 My brother has been, and still is, struggling with “high-functioning” autism. I’ve watched him come home from school screaming and crying because kids never stopped bullying him. I’ve grown up watching him switch schools, watching him grow frustrated with himself as he struggled to communicate how he was feeling in a way we could understand.

As we’ve grown, he’s been able to communicate his emotions better. I’ve sat in his room with him and listened to him tell me how nervous he was to go to social events because he felt like the kids wouldn’t like him. “They think I’m weird,” he’d say. “I know they do. I never understand what they’re saying half the time. They don’t understand me. I don’t know if they’re joking or being sarcastic.”

“I see the way people look at me.”

It hurts to watch.

It hurts to listen to.

It hurts that he has to go through this stuff just because he’s “not like everyone else.”

My brother does not deserve any of this. He should not have to go through this. But he does.

In a perfect world, kids would see how cool my brother really is; how sensitive and kind he is, how genuinely sweet he is, how funny he is, how talented and brilliant he is. My brother is so smart. He knows more about space and guitars and birds and cars than I ever will.

But this world isn’t perfect. Of course it isn’t. I don’t know everything, but I know that much. I know kids suck sometimes. I know how mean they can be. They usually don’t see past the autism. All they see is a complete “weirdo.”

As his sister, I’ve always been protective of him. When I was a little kid, before I knew better, “being protective” translated into my constant bossing him around and harping on him about what to do, because in my head, I didn’t want him to mess up or “do anything wrong.” I think deep down I knew he was going to be made fun of, and didn’t want that to happen—I just wasn’t mature enough to figure out how to help. Honestly, I was a huge jerk. I don’t know how he survived.

Now that I’m older, I’m still protective of him, but he’s figured out how to hold his own. I’ve learned to let him figure things out by himself. I help him out and give him advice on how to navigate high school when he asks me for it. I give him social tips. But I also make sure his friends are nice to him, and my friends are nice to him. (God forbid he starts dating, because then I’ve got a whole new girl to keep track of.)

I find comfort in my role as The Sister™. I like the feeling that I’m allowed to be a little protective of him. I just wish I was at school with him so I could help him with social situations that he’s still struggling to navigate.

Wow, Helena. I'm honestly a bit speechless after reading this, but I wanted to say thanks for sharing. The world may not be perfect, but it's a little better having this (and you!) in it.

Great kids and wonderful family. A tough world to grow up in.

Helena, I love this. Thank you so much for sharing your personal, touching and insightful perspective as the Sister. Your courage and bond is an inspiration, and I plan to share your story with my sons sisters. Heartfelt thank you.

Helena, what a well written, insightful, and sweet post. The way you love your brother is a great example for all to follow and your insights into being the sibling of someone on the spectrum are valuable not only to others who have siblings but frankly all of us on how we should treat one another with respect. Thank you for posting!

LVN says:
What a beautiful post! My 6 year old son has autism and he has a twin sister who does not. I often worry how she will handle things, will she feel left behind bc we focus so much on my son. Thank you for your perspective!
Sheryl Kathryn Hussey says:

Thanks for sharing your thoughts. I can only imagine you are a caring and amazing sister!