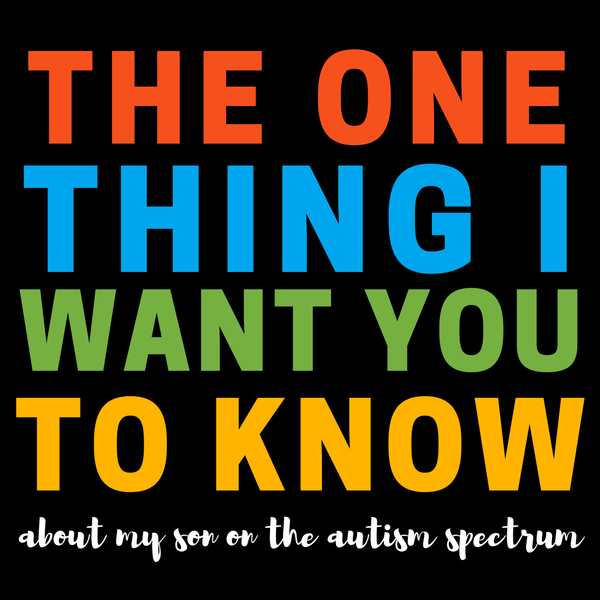 My son, Noah, is 12. As a parent, I am way past the point of explaining or apologizing for his differences in behaviors and communication.  He is an awesome kid. As his mom, I know exactly how much time and effort and money our family has invested into growing Noah into the best version of himself.  From therapy to special schooling, medications and doctor’s visits, we have ten-plus years invested. For all his weaknesses, his strengths are many, and I can honestly say that I know how hard we have worked to hone those strengths. It is still a work in progress and probably will forever be.

Grace has many definitions, but let’s go with this one: “The disposition to or an act or instance of kindness, courtesy or clemency.” There’s a lot of talk about Autism Awareness. We even have a month for it in April as a reminder. But, what do you do in the face of someone who is different, and how will you teach your children to react to those differences?

There was time somewhere between his diagnosis at 24 months and now that I was more sensitive and less accepting of what I perceived as a deficit in my child. Was I doing enough? Was I doing the right things? Is everyone looking at us?

One moment always comes to mind. Noah was about 6 years old. He has always been high energy with difficulties in body regulation.  Translation: he’s super hyper out in public.   It’s funny because he’s pretty logical, and he has a good moral compass of right and wrong. He knows how he should act in particular situations but somewhere between thinking and doing, things tend to go awry. We happened to be heading into his favorite store - Target. Before getting out of the car, I gave him a little pep talk. I call it front-loading, where I prepare him for what is about to happen next.

Me: “OK, buddy. Here’s the thing. We are about to go into Target, and I want you to have a super quiet body.”

Noah, with complete confidence in himself: “Got it, Mom.”

But, as much as I tried to front-load, and as much as Noah thought he had this, walking into Target, the excitement of a favorite place couldn’t keep his little body calm. He was immediately jumpy and chatty earning stares from the other shoppers. So, there I stood on the toy aisle,  giving up the fight of keeping him quiet. I was letting him live his best Target life by bouncing up and down the aisles.

Another mom walked up to me. She said, gesturing toward Noah “is he… (awkward pause and whisper) autistic?”

She continued. “Have you tried therapy? Or diet? I have this friend…”

You could ask any autistic mom to fill in the blanks here. We’ve all been in this sort of a situation.  And, man… it totally stings.

“Have you tried ABA?”

“Is he gluten free/casein free?”

“Have you seen Parenthood?”

She must have caught me at a weak moment because all I could think as I started to tear up was Noah was eight, and we had been in therapy and special schooling for six years. And, I was working so hard for him. He was working so hard. And, it just took one misplaced comment from a well-meaning fellow mom to bring up all the insecurities that in my heart said, “Are we doing enough? And is it all my fault?”

I always wonder how that particular situation could have gone differently, and why it has always stuck with me. Maybe just a “Good job, Mama!” would have sufficed. Maybe Noah isn’t something that needs fixing. As a parent, we are always trying to challenge and improve our children, neurotypical or not. That’s why it’s called “raising” kids. We are all just working on different things. And, I am so proud of my child, and he’s got so much to offer to our family and this world. He’s smart and kind. He loves his sister and pizza. He’s the fastest drawer I know, and his favorite color is red because it comes first… duh. He can pick out all the countries of the world based on size and shape, and he is an avid collector of graphic novels. And, one of the things, I am trying to teach him is showing love and acceptance to the people around him. Need something to work on with your kiddo too? It’s a good one. Take time to say, “Thank you.” Take an interest in the people around you even the ones who are different. Practice simple acts of kindness. Raising tiny humans is hard - autism or not.

And, I think the best we can do is show a little love and give a little grace and teach our children to do the same.

Thank you so much for sharing, Sarah! I loved reading this, keep up the good work, Momma!

As always Sarah, you’ve nailed it. Love you and your kiddos and all of the ways you have been a blessing to my family.

Such a wonderful article— you’re doing a great job being a mom!

You go, mom!! Noah is a lucky boy to have you as his champion! And you are lucky to be his mom!

kelvin mary says:
Thanks to everyone who is taking their time to read my testimony on how my son was cured totally from autism. My son was diagnosed last year and we have used different kind of medications on him, but nothing was working out until a friend of mine on Facebook introduced me to Dr OMOYE, I discussed everything to him and he sent me the herbal cure medicine because he was a traditional doctor, I received it and follow the instructions, after my son finish using the medicine for completely one month, everything was ok with him and my son is now cure totally completely forever form autism the doctor said he is cured, you can contact Dr OMOYE: dromoyeherbs@gmail.com whatsapp number is +2347054263924 and ask him for medicine, he will help you. Thanks Dr OMOYE indeed you are a good man and your herbs are real thanks for saving my son and am happy with my family now.